First, some background. There are a number of world bodies which administer various shooting sport disciplines. The International Shooting Sport Federation (ISSF) regulates the Olympic disciplines. The International Practical Shooting Confederation (IPSC) is the best-known administrator of the “practical” shooting sports, though other bodies, like the International Defensive Pistol Association (IDPA) have large numbers of followers. Metallic Silhouette shooting is controlled by the International Metallic Silhouette Shooting Union (IMSSU), &c. None of these bodies is superior in stature or authority to any other, though some of them would argue that. A lot of fur flew some years ago when the IPSC hierarchy tried to create an all-encompassing world body; naturally, ISSF took what could be mildly described as ‘some exception’.

But mostly, they play well with each other.

The most flexible disciplines are the “practical” ones like IPSC and IDPA, because of the variety in courses of fire that they offer. I use the “” these days because, while they have arguably evolved into the Formula 1 of sport shooting, and are ultimately challenging and a whole helluva lot of fun, they are no longer practical. The rule books are too thick to allow for them to be used as real-world training courses, and I doubt that’s what they would want anyway. Legendary “combat” shooter Bill Wilson formed IDPA to fill a more practical niche when he felt that IPSC had become too gamesman-oriented. What happened there was, while IDPA retained its practical-application ideology, of necessity the rule book kept growing, becoming itself more unwieldy.

Back in the day, when I was more heavily involved in conservation enforcement, we would design IPSC-type shoots on the range following various undercover sting operations, the scenarios along the lines of “what if it had gone pear-shaped”. It was good, but limited by range safety rules. The late CID Superintendent Charlie Haley – who had been involved in more than his fair share of Zambezi Valley firefights supporting National Parks during the Rhino Wars – and I used to shoot the local IPSC circuit, and he summed up IPSC as real-world training as “not great, but it’s all we’ve got”.

A lot of other attempts have been made over the years to recapture the late Colonel Jeff Cooper’s mindset and philosophies relating to the practical use of firearms, but most of them have remained at a club level. This is probably for the best, for it allows a necessary degree of latitude. This shouldn’t have to step on anyone’s toes, but occasionally it does.

Recently, there was a discussion on an IPSC Rules Facebook page I’m a member of about what IPSC should “do about” so-called “outlaw” shooting disciplines. The answer, of course, is nothing – unless they hold themselves out to be IPSC, in which case it is indeed wrong. I know of one club which has a “Section 78” – which runs practical shoots by the IPSC 1978 rulebook. The club next door to mine has a “defensive pistol” section – neither claim to be IPSC. My own club makes use of IDPA targets (as does the USPSA) because of the concentric ‘A’ Zone scoring rings, and recently some newer members asked me to set up an “IPSC” shoot.

I crafted a 3-stage mini-match, consisting of two 9-round speed shoots, (I did not use the IPSC term ‘short course’) run together for a third stage. The match was scored Comstock, or score divided by time, where the resulting ‘hit factor’ translates into points scored per second. I made use of a number of steel targets, partial targets and simulated hostage targets (not today’s PC ‘no-shoots’). Two scoring shots were mandated for each scoring target, and 10-point penalties were applied for misses and hostage hits. At no time did I intimate that it was an IPSC shoot, and I think everyone had fun. And hopefully appreciated the merits of sight picture, trigger control and shot placement. There were high-capacity Browning 9mms, Glocks and Caniks, but the match was won by a single-stack 1911 .45 that required a reload on even the 9-round stages.

It would be a pity if someone decided they had to “do something” about a match like this. 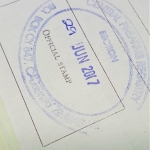 STRONGHOLD IS IN THE PROCESS OF JOINING TRACE!
Scroll to top