This very sad incident is one of only two I have ever heard of where a person was shot and killed on a Practical Pistol range; there was an occurrence in 2017 in Canada where an IPSC competitor accidentally shot himself and died. Unlike USPSA, who are to be commended for their forthrightness here, the Canadian shooting authorities have pretty much gone dark about that incident. That’s unfortunate, because we can all learn from something like this, and work hard to prevent it from happening again.

I find the technical aspects a little confusing here, though. The firearm apparently discharged when it was dropped. Now, there are two methods by which a self-loading handgun may be regarded as drop-safe: (1) if it has a floating firing pin, and (2) if it has a firing pin/striker block mechanism.

A floating firing pin is where the firing pin is shorter than the channel in the slide in which it lives. It is mounted on a firing pin spring, and if the rear of the firing pin is depressed with a screwdriver to flush with the firing pin gate, the business end will not protrude through the breach face. The result is that if a live round is in the chamber and the hammer is down (as required in IPSC/USPSA Production Division), the firing pin is not in contact with the primer of the live round. When the hammer drops during firing, it must create sufficient inertia for the firing pin to overcome the resistance of the spring. This means that if the gun is dropped on its hammer, it should not fire. Should. A discharge can only occur if the firearm impacts on a hard surface with its muzzle.

A firing pin block works by physically blocking the forward movement of the firing pin or striker unless the trigger is held in the rearward position; either mechanism should render the firearm drop-safe. Should.

But here’s where it gets interesting. The firing pin block on various CZ pistols is an option; it may well be incorporated in modern offerings, but not necessarily in the older pistols. And, there is an aftermarket accessory known as an extended firing pin. Like the Gary Larson cartoon of the skydiving school next door to the crocodile farm, this is trouble brewing. I suspect that this is what happened: there was no firing pin block, the firing pin may have been an extended one, and when the gun fell it fell onto the hammer, with the muzzle pointing inadvertently at the RO.

I went into our armoury and pulled out a CZ75 that was a few years old. No firing pin block, but as the photos above show, the firing pin is floating.

Shooting is one of the safest sports there is, but occasionally things can go wrong. We extend our very sincere condolences to the family and friends of the Range Officer, and also extend our thoughts to the competitor, who, even though he knows this was a freak accident, cannot but be haunted by it for the rest of his life. 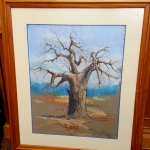 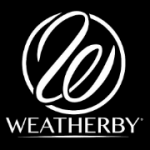