Caution, n. Heedfulness, care.” Well, that’s the way the folks at Harper Collins Publishers see it in their fine dictionary that sits atop my desk.

Those who travel to the Dark Continent in search of the unusual are not normally the meek or timorous. But they are usually the type to be well-prepared and organized. They will have had a dental examination before undertaking a long safari, and maybe even a physical. And they will have some form of medical cover to see them through in case of some unforseen emergency. But how much of this will be just another sign-on-the-dotted-line afterthought amid all the
other preparations? It’s been over a generation since most Third World destinations had First World medical facilities.

Zimbabwe is probably one of the African leaders here. The private medical sector is pretty good – barring things like COVID-19 which really no-one was prepared for. There are a series of emergency rooms, clinics and hospitals, which have stepped into the breach left by the decline of the government healthcare infrastructure, and emergency care is pretty damn good. There are three critical care ambulance services which also offer air evacuation from some of the country’s more remote areas. And, of course, there’s the Limpopo river, on the other side of which lies South Africa’s
state-of-the-art emergency care facilities.

Global Rescue LLC, which operates out of Boston, Massachusetts, was founded by former Wall Street banker Dan Richards, and is operationally run by Ted Muhlner, a former US Navy SEAL with an MBA from Harvard. A close working relationship with Johns Hopkins, ranked as the number one hospital in the United States by the US News and World Report since 1990 doesn’t tanish their CV either.

Global Rescue is a unique service provider for the 21st Century – an all-round risk management firm with CASEVAC capabilities. On the logistical front, they can get you out of somewhere you really don’t want to be. Global evacuated some two hundred people from Egypt during the unrest there during the Arab Spring unrest. But the primary focus is on medical emergencies. High profile clients include mountaineer Ed Viesturs, the US Ski Team, and pro surfers Mick Fanning and Jordy Smith. “If you’re out there in the boonies and you need to get rescued, you never know what it’s going to cost,” says Viesturs. “I don’t know of any other company that does what they do.” Medical services on offer include consultations by English-speaking physicians – think about it, that is important.

On offer is deployment of paramedic and medical staff on properly equipped aircraft throughout the world, coordination of local emergency response wherever you happen to be, assistance with bureaucratic red tape like visas, and arranging communication with your family or colleagues. And, if all else fails, repatriation of mortal remains.
Global will let you have a risk assessment of whatever area you are planning on visiting. Once you have made the decision to go, they say they will follow that up with evacuation in the gravest extreme.

They have their own operatives, mostly ex-special forces, and reservoirs of local talent around the world. In a lot of places, they could probably get the “right” politician on the phone sooner than later. In one incident a few years ago, a Mexican hunter was badly mauled by a lioness in Zimbabwe. Because suitable medical facilities already existed, Global was only called on to assist their client by helping to coordinate the local emergency response.

The company charges annual retainers paid by various corporations and government agencies, who otherwise then would have to pay substantial one-off fees to rescue employees when disaster strikes. Red Bull, the U.S. State Department, and NASA are numbered among their clients. The State Department out-sourcing like this? That’s the name of the game this millennium, and it’s probably the most cost-effective way to go. This keeps the cost to individual clients way down.

Launched in 2004, Global Rescue was seen to offer a less impersonal and more flexible client liaison than other service providers. From the beginning they hired rescue industry professionals, including former SEALs and Air Force paramedics, and established relationships with private aviation companies all over the world. In addition, they negotiated an exclusive partnership with Johns Hopkins’ Department of Emergency Medicine, which handles traumatic injuries and provides medical care for the US Secret Service.

Following on from this basic infrastructure, the company recruited on-the-ground contractor personnel around
the world: ex-special forces operators in the Middle East, bush pilots throughout Africa, and sea captains in Greece. This level of local knowledge can provide the client with everything from a reliable taxi to a C-130 out of somewhere he’d really not rather be. And if it’s really big, Global personnel will be on the ground too. After the Haiti earthquake, Global’s chief paramedic and security chief personally led a team that evacuated fifty clients. “We never see anyone else’s personnel out in the field,” Richards says.

In the past, travel insurance was something you bought for a couple of coins from a vending machine in an airport concourse. In those same, bygone days, say 1954, when Ernest Hemingway survived two plane crashes in Africa, the medical care was just about as good as you could get in Europe or the United States. Once you got to it, of course. But those days are no more. Given the cost of a flight to Africa, when such things are again happening, perhaps it’s worth looking into travel insurance for the new millennium.

‘An Elegant Weapon for a More Civilised Age’ by I J Lar... 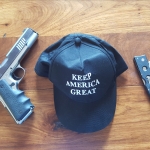