In 1902 the firm amalgamated with Alexander Henry & Co of 18 Frederick Street, Edinburgh; both firms continued trading under their own names from the same shops with the exception of the Edinburgh shop which moved to 22 Frederick Street and traded under both names. 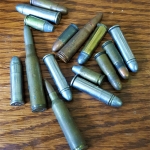 DEVELOPING CARRY LOADS by I J Larivers ...
Scroll to top